Digiscoping with the Swarovski ATM 80 and DCB Camera Adapter


After testing a tube-type digital camera adapter and a rail-type universal adapter, I decided to test the digital camera base from Swarovski. This is also a rail-type universal adapter, but it has the added advantage that it can easily flip out of place on a hinge for viewing purposes. This saves loads of time since there's no screwing or readjusting needed. You just flip a lever to release the adapter and clamp it in place.

As mentioned in my last post, this adapter didn't fit my current (13-year-old) scope, so I asked Swarovski Austria if they would lend me a digiscoping setup for testing and blogging purposes, and they graciously obliged. Here's the equipment I tested:

The careful reader will notice that I switched cameras from a Nikon CoolPix AW100. I had bought the Nikon expressly for digiscoping purposes, but it turned out to be a less than perfect choice, at least for me, because I find it relatively difficult to focus the thing. 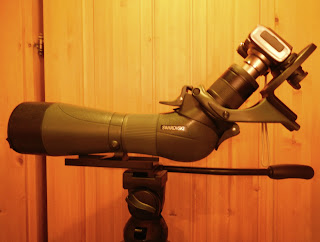 Both cameras have a 4x zoom, however, so for the purposes of comparing digiscoping camera adapters, this should not make much difference. 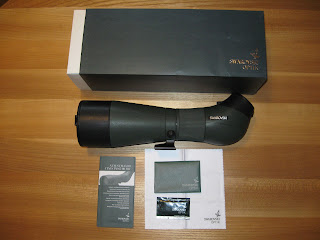 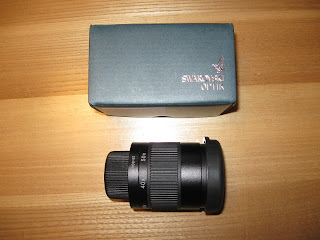 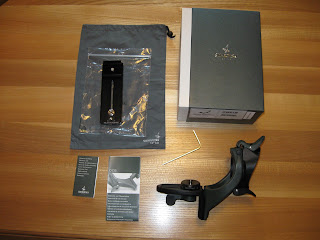 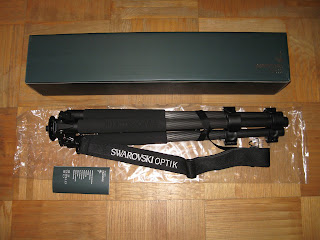 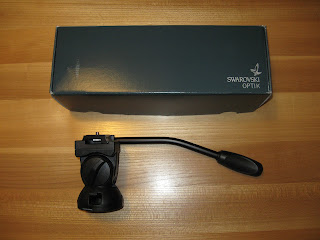 The first thing I noticed was that one of the two clips on the lens cap got stuck and is difficult to slide into place when replacing the lens cap. The clips on my old lens cap are cast in one piece with the lens cap, meaning there is less technology for something to go wrong with.

Similarly the soft rubber cap on the eyepiece is very loose and easily falls off the eyepiece. The hard plastic cap on the old eyepiece screws on and therefore is almost impossible to fall off. In addition the cord holding the new eyepiece cap to the eyepiece must be detached when using the DCB and is easy to lose.

The new scope has a nifty new sighting aid, but alas, this also must be removed when using the DCB.

The DCB included a balance rail, but as delivered it couldn't be mounted to the tripod head. The little instruction slip was very minimalist with only pictographs and no text so as to cater to the international crowd, but I couldn't figure out how to make it fit the tripod head. Googling the problem didn't help either. In fact, the few websites I found mentioned flat out that the this balance rail (666-0253RM) doesn't fit this tripod head (DH 101). So I wrote Dale Forbes, Swarovski product manager, on Facebook. He said, "you just need to use an imbuss/ hex key to loosen the foot of the rail, and then re-fit it on the other side of the balance bar. It will then slot straight in to the DH101." That did the trick!

I have found that the balance rail is necessary. Otherwise the scope is too heavy on the end where the camera is and tends to tip down.

The tripod has a spirit level in it, but I don't see much use for that in the field. The maneuvering arm of the tripod head apparently isn't meant to be adjusted as often as I was used to with my old setup. Now you need to unscrew a screw with a coin to loosen it instead of turning a screw with your fingers. In addition the rod is no longer round (like a dowel) but rather hexagonal, so that you have to remove the whole thing after loosening it, then insert it again before tightening it. This hasn't turned out to be as much of a problem as I anticipated. Now, when traveling by foot, car, bus, etc., I just don't loosen it any more. If I'm putting it in a suitcase I remove the whole tripod head from the tripod.

Everything else about the tripod head is better than before. There are no longer hand screws to turn when adjusting the tripod head in the two axes, but rather all-or-nothing levers that work just fine (as long as you use the balance rail when a camera is attached).

Inserting the scope's foot into the tripod's shoe and removing it again are much easier than with the old system. There's no additional adapter shoe to add instability. The scope's foot itself (or the balance rail's foot when using one) fits directly into tripod head's shoe. I had problems with this setup loosening all the time on the old system, not so on the new system. The scope's shoe also fits very snugly into the balance rail and is adjusted with a screw that is loosened with a coin. Usually you do this only once.

The tripod itself has pretty much all the same features as my previous tripod and more. The only thing missing are the metal points at the end. These were built into the previous tripod and were hidden out of place by turning the rubber feet. Now you need to order the metal points separately and replace the standard plastic tips, I think. However, I didn't find a need for them in several habitats from fine sandy beaches to rocky mountaintops and everything in between.

The new tripod includes a hook on the bottom of the center rod to hang a weight on (e.g. your backpack) for additional stabilization in windy conditions. I haven't had a need for it yet, but it's good to know it's there.

I chose the CT 101 tripod rather than the CT Travel, even though I fly fairly often, since I thought it might be more stable because the legs have only three sections each instead of four, at the same total height. As you can see below, the tripod and tripod head fit in my suitcase just fine. If it still doesn't fit you can remove the tripod head. 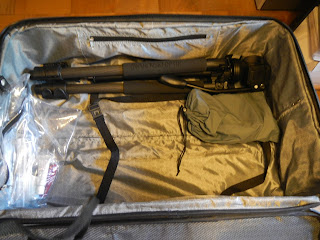 When extending the tripod legs on my old system, I would routinely pull out both sections of all three legs. Then the scope was at perfect viewing height for me, but a little too high for photographing, since the camera setup adds length to the scope and I use the angled version of the scope rather than the straight version. When extending the new tripod to its full length, it's much too high for me, even in viewing mode, unless I'm looking high up in trees or mountains. So I usually just extend only the bottom sections of the legs and bend myself over. This works well with the angled scope, especially with the camera setup attached. Added advantages are increased stability and the ability to share your scope with shorter people and children without readjusting everything and searching for the subject again.

In the photo above you can also see the green bag containing the DCB and the hex key (Allen wrench) for adjusting its height. As with any camera adapter system you will want to do all adjusting and fiddling before you leave for your (first) birding tour. The advantage with this system is that the camera is attached with its tripod screw hole to a bracket that can easily be removed from the DCB with a simple lever if you want to use the camera for other purposes than digiscoping. It is then quickly re-attached. I usually have a second compact camera (and my smartphone) along so not even this is necessary. You can even attach the sliding bracket to the camera in such a way that the battery compartment isn't blocked.

Once the setup is complete, you usually hike along with the scope on your shoulder and the camera setup folded up, so that you are quickly in the viewing mode. Then when you want to digiscope, you just release the catch, fold the camera back down, fix it with the lever, turn the camera on, zoom the camera if desired, refocus the scope if necessary, and shoot. I have found that the field of view after flipping the camera down is slightly higher than before, so I automatically move it down a few millimeters.

Theoretically you can even zoom the scope's eyepiece while the camera is in shooting mode, but you usually do this before flipping the camera down, if at all. I have found that with the eyepiece's lowest magnification (25x) together with the camera's zero to four times magnification I often have a subject too large for the field of view. I rarely use the scope's zoom any more. This setup has some vignetting if I don't zoom the camera, so I usually do. I hope my next setup doesn't have any vignetting.

The entire weight of the new system is 10 lb. (4.5 kg). The old system weighs 15 lb. (6.8 kg); that's 50% more. This is of course very noticeable if you carry your scope around with you everywhere you go birding, even while hiking for hours in the mountains.

As to photos taken with this system, judge for yourself (click on the images for more and larger images):
2012-07-08 Ft Desota State Park, Florida (Nikon Coolpix AW100) 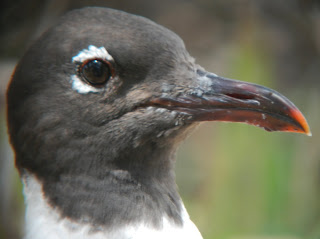 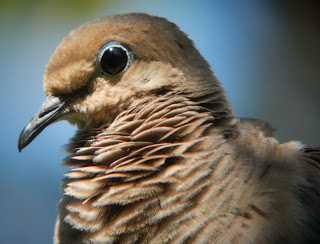 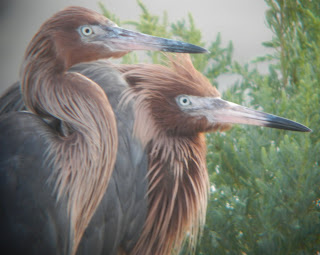 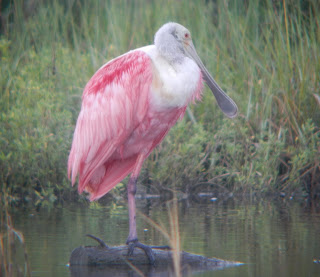 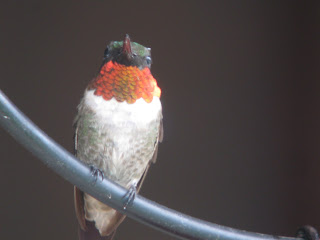 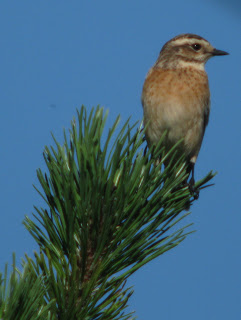 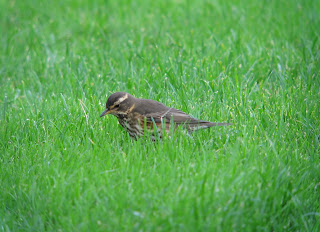 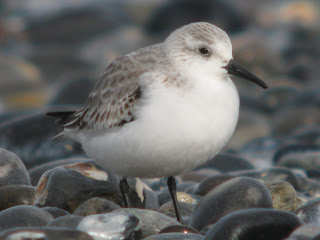 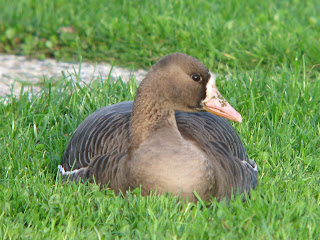 [Disclaimer: I am in no way connected to the Swarovski company (besides being their customer), nor are any relatives or close friends of mine employed by them. Only a few of my social media friends work for them. Nor have I received any payment from Swarovski, either monetarily or in products. The system described above was lent to me by Swarovski with the understanding that I would blog my experience with it.]
Posted by dellfalconer at 19:58